Manufacturing activity in the United Kingdom saw an increase in November as domestic demand managed to offset falling sales from overseas markets.

With a figure over 50 implying that a sector is experiencing growth, the Markit/CIPS Purchasing Managers’ Index (PMI) for manufacturing rose to 53.5 from 53.3 in October. Undoubtedly good news for the industry.

This figure is the highest reading given in four months with job creation also at its highest in that time period, all adding to a picture of a far stronger economy that is fuelling growth. Rob Dobson, senior economist at Markit, said of these figures:

“In the lead-up to the chancellor’s Autumn Statement, the November PMI survey shows the UK manufacturing sector continuing its solid expansion. Despite easing from the stellar pace set in the first half of the year, growth is still coming from a broad-base that will aid its sustainability.”

The Chancellor George Osborne has warned that other markets could impact the country’s growth as both China and the Eurozone have been struggling in recent months and, as the two biggest trading partners of the United Kingdom, good domestic growth is vital in order to stave off further issues.

Britain’s manufacturing exports are still falling with key markets such as Russia dropping off because of economic sanctions imposed due to their involvement in the Ukraine conflict and retaliatory measures imposed by the Russians, as well as the weakening Euro hurting trade to the European Union as well.

Markit found, in a separate survey, that Eurozone manufacturing growth stalled in November as new orders fell at their fastest pace for nineteen months. This puts further pressure on the already struggling economic bloc as the PMI for the Eurozone was down from 50.6 in October to 50.1 in November, hovering just above the growth mark with any further falls meaning it would drop below it.

Markit said “the situation in euro area manufacturing is worse than previously thought… there is a risk that renewed rot is spreading across the region from the core”.

“November’s release paints a similar picture to that seen in October, in that the domestic picture is solid and strong but growth in export markets – particularly in the EU and emerging markets – is worse; a function of weaker global growth and a strong pound making UK goods more expensive.” 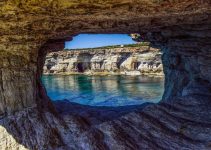