The number of British citizens looking to secure EU citizenship through another country has surged dramatically, as Brexit talks continue their rocky progress.

Given its proximity and ties to the UK, Ireland has received the most applications so far, with over 8000 since the Brexit vote. However, demand has been consistently higher than average across the Union – with a particular boost to Cypriot citizenship requests.

Cypriot citizenship enquiries to the embassy in London have reached around 200 a day. 306 direct applications were submitted in the first twelve months after the vote, a figure more than four times the annual average.

Cypriot citizenship is particularly popular because of its broad citizenship requirements. Individuals born before 16/08/1960 with Cypriot origins on the male side can apply having never lived in the country, provided they live in either the UK or a Commonwealth country. Those born after that date must have lived in Cyprus for at least one year. 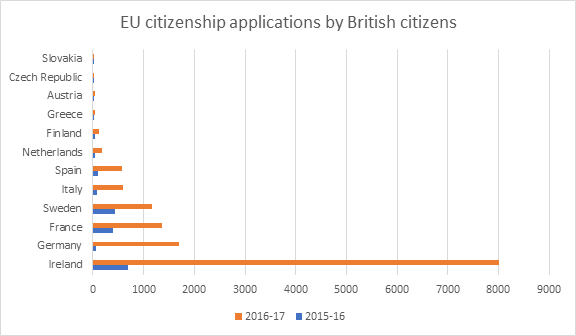 While both sides in the Brexit discussion remain outwardly optimistic about striking a trade deal, reports suggest some conflict, with damning leaks from the EU side. The UK’s treatment of EU nationals within its borders remains a sticking point, as does its contributions to the EU budget.

Many UK businesses remain bullish about the region’s prospects post-Brexit, and the UK remains one of the world’s largest economies and most developed consumer markets. However, Brexit has hit some export oriented businesses, with Vauxhall and BAE cutting 1400 jobs in the past month.

The influx of citizenship applications is unlikely to stop anytime soon. The Brexit process is not due to conclude until March 2019, and it is likely that there will be a transition period of between one and two years in which very little changes.

There is also the prospect of a final judgement on the deal struck between UK and EU negotiators. The UK Parliament has pressed for a deciding vote in a unilateral move, with support across party lines.

This may however end up being a formality, with any terms of a successful deal likely to improve on a ‘no deal’ scenario. It is also increasingly unlikely that the British public will vote again in a second referendum, despite the Labour Party’s reiteration of its desire to remain in the EU.

For more information on emigrating to Cyprus, Cypriot citizenship, or immigration requirements in any EU nation, don’t hesitate to contact us. 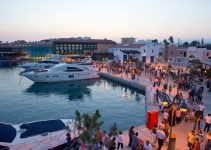