The Rugby world cup could bring about £1 billion to the economy of the United Kingdom as a report commissioned by the tournament’s organising committee has suggested the impact could bring a huge boost to Britain’s finances.

Accountancy firm EY undertook the research and predicted the tournament would attract a total of 466,000 visitors, who will spend as much as £869m with the 2015 Rugby world cup being hosted in 11 cities across England and Wales, all of which will see their local economies gain from the event.

In terms of single sporting events, only the football world cup brings in more income with spending on food and drinks by spectators expected to bring in around £32 million pounds on its own with an estimated £13 million extra to come from spending in the designated ‘fan zones’ which are attractions in each of the host cities city centres with Rugby themes.

Host cities are also expected to see a boost from investment in infrastructure and stadia which will hold long term effects as well with the economic benefits lasting far longer than the initial shot in the arm from retail spending.

Debbie Jevans, who is in charge of England Rugby 2015, said the report proved that the tournament was “set to create a wide range of economic opportunities across many different sectors. Whether through investment in infrastructure, supporting jobs or generating revenue in ‘fan zones’, the economic benefits will be shared around our 11 host cities and beyond.”

Britain has had previous success hosting sporting events with the 2012 London Olympics, the 2014 Glasgow Commonwealth games and the 2013 Uefa Champions League Final at Wembley. Now with another opportunity to showcase what it can offer on a global scale to visitors from all over the world it is undoubted that the nation will put on a great show for locals and visitors alike who come to watch the games hosted in the United Kingdom.

In the case of the 2014 Commonwealth games in Glasgow, the treasury hosted several events to encourage investment in the region and to showcase the United Kingdom’s economic might in order to demonstrate to interested parties how Britain was set up to make the most of further future growth. If, somehow, even more investment, or at least interest, could be secured because of next year’s rugby world cup then it will undoubtedly be seen as a huge success. 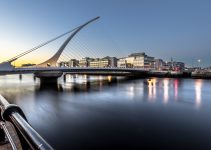