The UK’s retail sector has continued to surge forward with a rise of sales of 0.4% in August partially down to shoppers eager to capture a high-powered vacuum cleaner before an EU ban on them comes into place.

Overall, sales were up 3.9% from the same time last year according to the Office of National Statistics (ONS), notably due to a rise in demand from household goods such as furniture and electrical appliances.

This was, in art, down to an EU ban now in place on the making or importing of vacuum cleaners over 1600watts in an attempt to tackle climate change as part of the EU energy saving regulations. This saw shoppers flock to the high street in an attempt to secure a high powered vacuum before it was no longer possible and, as such, the ONS said that reports from electrical goods stores suggested that sales of high-powered vacuum cleaners had risen in August ahead of the change.

Despite thus, the biggest contribution towards the growth didn’t come from electrical goods but rather furniture as furniture stores saw sales rise by 23.4% over the year the biggest growth since records began in 1988. This marked increase came on the back of strong sales of flat-pack furniture.

This is great news for the British economy as retail is an important sector and many smaller retailers are reporting a more optimistic outlook for the coming months. Furniture sales are also partly tied to house sales and the housing and construction markets have also seen positive growth in recent months as the UK continues to surge forward in establishing itself as one of the world’s top economies as it still remains the most popular place to invest in the European Union.

With strong growth, an educated workforce and an optimistic outlook on the horizon for further growth, the UK stands itself in good stead for further investment and stability in a competitive market place on which it is near the top of. 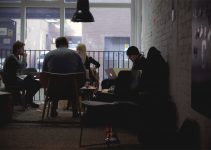