Defence contracts and contractor deals have secured around 7,500 jobs in British naval bases in a move which will see about £3.2 billion invested into defence.

According to Defence Secretary Michael Fallon, “Following the £3.5bn Scout armoured vehicle contract, this is the second biggest defence contract placed by this government and reflects our commitment to giving our armed forces what they need to keep Britain safe.” and will provide jobs at naval bases in Devonport, Faslane and Portsmouth.

A £600 million contract was awarded to BAE systems that runs the Portsmouth naval base whilst a whopping £2.6bn contract was given to Babcock who manage the Faslane Naval Base on the Clyde and Devonport Naval Base in Plymouth. The money will go towards maintain the fifty six warships and submarines in the Royal Navy’s fleet. First Sea Lord Admiral Sir George Zambellas said they were “significant contracts” which represented “a strategic investment in the Royal Navy’s essential infrastructure.”

“Without the stalwart and tireless support provided by each of the three naval bases ashore, the ships and submarines of the Royal Navy would not be able to deploy as a credible, strategic and global presence at sea.”

Although no new jobs have been created, around 4000 jobs at Devonport, more than 2,000 at Portsmouth and about 1,500 at Faslane – home to the UK’s fleet of Trident nuclear submarines – will be secured.

This announcement shows considerable investment in the continued repair and maintenance of British defence contracts and, although far smaller than it used to be, the Royal Navy has been modernised considerably in recent years so this investment is both important and highly lucrative.

John Hudson, maritime managing director at BAE Systems, said of the Portsmouth investment: “This is an exciting time for everyone at the naval base.

“Working together, we will prepare the naval base for the arrival of the UK’s Queen Elizabeth Class aircraft carriers and continue to use our ship design and build knowledge to support the surface fleet in service.”

Babcock said: “This new contract enables us to continue to do what we do best – that is to provide continuity, reliability and increased value across the range of activities and services we deliver.”

For more information about immigration into the United Kingdom visit https://www.immigrationintoeurope.com/ or to incorporate go to http://www.openaeuropeancompany.com/country-pages/united-kingdom.html or email us at [email protected] 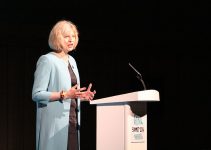